Below can be found news on projects and events in which Craig was involved in during 2009. News on current projects can be found here. 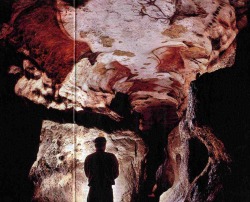 Details of The Red Lady of Paviland, the exciting new arts project for 2010, can now be found in the projects section of this site.

A central feature of the performance will be a newly commissioned cantata for tenor soloist, harp, mixed choir, children's chorus and brass band 'Y Dyn Unig' (The Lonely Man) by Andrew Powell, with libretto by Menna Elfyn. The work is commissioned by Craig and Burry Port Town Band and supported by a Steps to New Music from the Arts Council of Wales.

Further details and updates on the project and the premiere performance will be posted here as and when they become available.

Seasons Greetings, thanks and best wishes to the Sbandieratori (medieval flagwavers) of Sansepulcro, Tuscany for their incredibly warm welcome in a snow covered Italy this month.

Craig attended the sbandieratori's annual dinner in Sansepulcro, while also visiting both Rome and Florence over Christmas. The sbandieratori appeared in both the Kremlin Zoria Tattoo on Red Square in Moscow, Russia in 2007, and also the World Military Music Festival in Tripoli this past September.

Congratulations to both Burry Port Town Band and Cwmaman Institute Band, respectively Champion Band and Runner Up Champion Band in the Championship section of the Welsh League for 2009.

The bands, both of whom Craig has worked with throughout the past year, were awarded the titles following their success in the series of competitions hosted by the South East and West Wales Brass Band Associations across South Wales throughout the course of 2009.

The overall results of the championship section of the Welsh league were as follows: 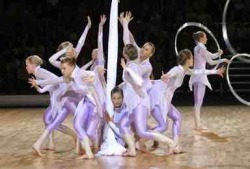 Congratulations to Mall Kalve and everyone at Club Piruett in Estonia, after their GC Elite group were recently named the first World Champion Club by the International Gymnastics Federation. The group, from the Estonian capital of Tallin, were presented with the Grandi Trophy personally by the President of the IGF, after beating off competition from 80 other clubs, which represented 27 nations from 3 continents, at the World Gymnastics Club Championships, held in Dornbirn, Austria.

In 2010 Club Piruett will again feature in the 2010 Royal Nova Scotia International Tattoo, to be held at the Metro Centre, Halifax, Nova Scotia, Canada between July 1 and 8. Further information on the show can be found at www.nstattoo.ca 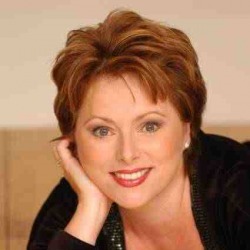 Grammy award winning soprano Rebecca Evans will again be guest soloist of the 2010 event, which will take place on Friday May 7 at the Rhondda Fach Leisure Centre. The 2010 concert will be supported by the Mayor of Rhondda Cynon Taf, Councillor Robert Smith, and proceeds from the event will be donated to the Mayor's charities. These include Diabetes UK (Cymru), Macmillan Cancer Support and the soldiers' charity Help For Heroes

Prior to the gala concert, the Last Rhondda Fach Choir Standing competition will once again be held, and will again be supported by the Pendyrus Trust. The competition offers two schools from the Rhondda Fach area the superb opportunity to perform alongside opera star Rebecca and the Pendyrus Male Choir at the concert, and will take place at Porth County Community School on Thursday February 11.

Further information on the Rhondda Fach Gala concerts, the schools competition, and the work of the Pontygwaith Regeneration partnership can be found at the PRP website www.pontygwaithregen.co.uk 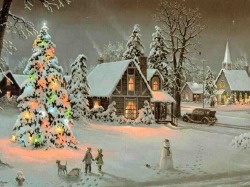 The Burry Port Town Band's annual Christmas concert will take place on Saturday December 5th at the Memorial Hall, Burry Port, SA16 0BN and will feature the band, conducted by Craig, alongside award winning tenor soloist Robyn Lyn. Robyn will of course also be taking centre stage together with the band in the Red Lady of Paviland project in 2010.

Tickets for the Christmas concert are available from Secretary Edmond John on 07773 721 959 or via e-mail  edmond.john@homecall.co.uk

Further information on the concert and the band can be found at www.burryporttownband.co.uk 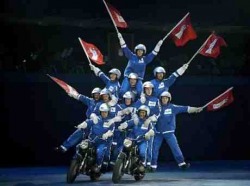 Congratulations to the Hamburg Police Force and all the performers and participants of the fantastic 2009 Hamburg Polizei Show.

The 40th anniversary Polizei Show took place in front of incredibly appreciative capacity crowds at the Sporthalle Hamburg on October 30 & 31.


Further information on the show can be found at www.polizeishow-hamburg.de 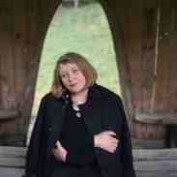 Welsh Poet Menna Elfyn is to be awarded the Anima Istranza Foreign Prize for Poetry at the International Festival of the City of Olbia on the island of Sardinia on Sunday 25 October 2009. The prize is awarded every two years by the Amistade cultural society which established the Olbia festival in 2001 to enable Sardinians to discuss the literatures and cultures of other minority languages as well as their own.

"Two years ago, the foreign prize for poetry was given to the Irish poet Nuala Ni Dhomhnaill. This year, we are honoured to present the prize to Menna Elfyn as an acknowledgement of her activities in defending and promoting the Welsh language and for the quality of her poetry," said President of the awarding committee, Giuseppe Serpillo

The committee studied poems by Menna published in two volumes - Autobiografia in Versi and I nuovi bardi - which have been translated into Italian by Andrea Bianchi and Silvana Siviero. Both volumes are part of the Geiriau o Gymru (Words from Wales) /Parole dal Galles series which is published by Mobydick in Italy with support from Wales Literature Exchange.

To show her appreciation, Menna Elfyn has written a special poem to Sardinia which she will read at the prize-giving ceremony.

“I feel it is a privilege to be awarded this prize. It’s an international award and it shows the importance of going out into the world, and sharing our literature and culture rather than keeping it within the confines of Wales,” said Menna.

“Literature travels and through translation, Welsh writing can be heard and appreciated in languages other than English which is perhaps the most common language of translation. I hope this award will offer some form of inspiration to other poets who are trying to write in a minority language,” added Menna whose own work has been translated into around 18 different languages.

This is the second time in two months that a literary institution in Italy has chosen to honour a writer from Wales. In September 2009, author Harri Pritchard Jones travelled from Cardiff to receive the City of Sassari International Award for Minority Languages in Sardinia. Both Menna and Harri will return to Italy in November 2009 to speak at a series of literary events in Bologna, Venice and Coderno di Sedegliano in Udine.

Menna is currently working with Craig and composer Andrew Powell on the 2010 project The Red Lady of Paviland, further information on which can be found in the projects section of this site. 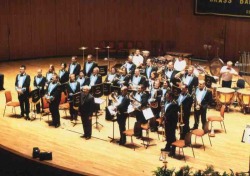 On October 10 Craig enjoyed a very successful day at the annual West Wales Brass Band Championships where his two bands, Cwmaman and Burry Port, took first and second prize respectively in the Championship section of the 2009 contest. The best instrumentalist award was also won by Cwmaman solo euphonium Jeremy Rugman.

Congratulations to both bands, and also to all the bands who performed so well in Section Four, for which Craig was the adjudicator.