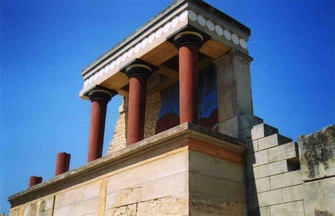 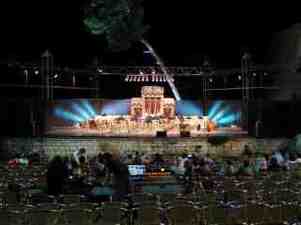 Also included as part of the performance was a preshow presentation featuring traditional Minoan dance, given by local dancers from the Heraklion region itself.

Further information on the performance and performers can be found in the Mediterranean International Festival of Arts page of this site here
Further information on the opera Idomeneo itself, including a synopsis of plot, notes on it's composition, orchestration, noted arias included in the performance and more can be found by clicking on the links below.
Idomeneo
Re di Creta ossia Ilia a Idamante
Synopsis of Plot - Composition - Orchestration - Roles - Noted Arias