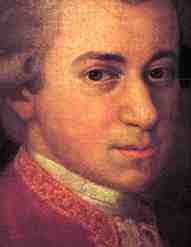 Idomeneo, re di Creta ossia Ilia e Idamante (Italian for Idomeneo, King of Crete, or, Ilia and Idamante; usually referred to simply as Idomeneo, K. 366) is an Italian language opera by Wolfgang Amadeus Mozart. The libretto was adapted by Giambattista Varesco from a French text by Antoine Danchet, which had been set to music by André Campra as Idoménée in 1712. Mozart and Varesco were commissioned in 1780 by Karl Theodor, Elector of Bavaria for a court carnival. It is speculated that Theodor probably chose the subject, though it may have been Mozart himself.

The libretto clearly draws its inspiration from Metastasio and its overall layout, not to mention the type of character development which Metastasio had developed and mostly from the highly poetic language used in the various numbers and the secco and stromentato recitatives. The style of the choruses, marches, and ballets was very French, and the shipwreck scene towards the end of Act I is almost identical to the structure and dramatic working-out of a similar scene in Gluck's Iphigénie en Tauride. The sacrifice and oracle scenes are similar to Gluck's Iphigénie en Aulide and Alceste.

Kurt Kramer has suggested that Varesco was familiar with Calzabigi and therefore the work of Gluck, especially the latter's Alceste; much of what we see in Varesco's most dramatic passages is the latest French style, mediated by Calzabigi. It is thanks to Mozart, though, that this mixture of French styles (apart from a few choruses) moves away from Gluck and France and returns to its more Italian (opera seria) roots; the singers were all trained in the classical Italian style, after all, and the recitatives are all classically Italian.

It was first performed at the Cuvilliés Theatre of the Munich Residenz on 29 January 1781. Written when the composer was 24, Idomeneo was Mozart's first mature opera seria, and with it he demonstrated his mastery of orchestral color, accompanied recitatives, and melodic line. In certain respects (e.g., the choirs), however, this opera is still an experimental drama, resulting more in a sequence of sets than in a well developed plot. Mozart also had to fight with the mediocre author of the libretto, the court chaplain Varesco, making large cuts and changes, even down to specific words and vowels disliked by the singers (too many "i"s in "rinvigorir").

Idomeneo was performed three times at Munich, and later in 1781 Mozart considered revising it to harmonise it with Gluck's style. This would have meant a bass Idomeneus and a tenor Idamantes, but nothing came of it. A concert performance was given in 1786 at the Auersperg palace in Vienna, and as well as changing Idamantes from a castrato to a tenor, Mozart wrote some new music and cut out other parts.

In the late 1920s, Richard Strauss began working on a revised version of Idomeneo. This version premiered in 1930 and boasted a completely different libretto by Lothar Wallerstein. Strauss cut much of Mozart's score replacing it with some his own compositions. He also rearranged the order of the musical numbers and changed name of the character of princess Electra to the priestess Ismene. Critics have noted that Strauss' additions to the opera contain an odd blend of the classical style of composition and Strauss' own characteristic sound. In 1984, the Mostly Mozart Festival presented Strauss's version of Mozart's Idomeneo with Jerry Hadley in the title role, Delores Ziegler as Idamantes, and Alessandra Marc as Ismene.

Today Idomeneo is part of the standard operatic repertoire. There are several recordings of it and it is regularly performed, though the landmark performance of the 2011 Mediterranean Festival of Arts in the historic setting of Knossos will be the first in the Cretan capital itself.
Idomeneo
Re di Creta ossia Ilia a Idamante
Synopsis of Plot - Composition - Orchestration - Roles - Noted Arias