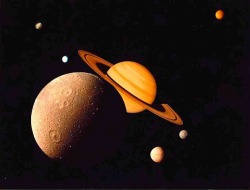 The Planets is an exciting science / arts collaboration between Craig and prominent scientist Professor Mark Brake.


The project began in 2008, with the desire for a performance of the work in celebration of the 90th anniversary of Holst's epic and visionary work. The piece was first performed at London's Royal Albert Hall at a playthrough under the baton of Sir Adrian Boult in 1918.

The suite was transcribed for brass by composer / arranger Stephen Roberts at the request of James Watson, then Artistic Director of the Black Dyke Band. James and the band recorded the work to great critical acclaim on the Doyen label in 1996. 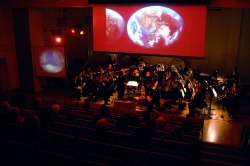 For the 2008 performance Craig and Professor Brake worked with Judi Hughes to create a unique presentation of the work, complete with full theatrical lighting, digital imagery and spoken presentations on each planet by Professor Brake.


The first performance took place at the 2008 Welsh Brass Arts Festival and featured harpist Catrin Finch, Serendipity Choir, the Parc & Dare Band and symphonic brass of the Stadtkapelle Nurtingen & Stadtorchester Ravensburg of Germany. Additional engagements were later undertaken, in association with Hands On Science, at the University of Wales Institute, Cardiff and the National Museum of Wales.