The Red Lady of Paviland - Libretto 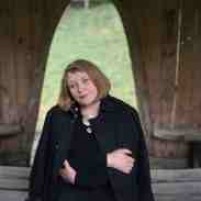 The libretto for 'Y Dyn Unig' is described here in Menna's own words...

Some stories linger long in the mind.The ‘Red Lady of Paviland’ was a story that puzzled me for decades; indeed, from the time I’d visit Gower as a child, far away from the industrial noise of Pontardawe.The discovery that she was indeed a man further fuelled my imagination as I’d wonder at the fact that he alone was found in the cave. Who was he? And what happened to the others? Why did they leave him? This seemed fertile ground for the imagination and for the artist a ready gift in trying to imagine what happened. And why?

The Welsh lullaby ‘Pais Dinogad’ (Dinogad’s shirt) which I’d long mused over was a welcome starting point. It is amongst the oldest recorded Welsh literature we have. Dating back possibly to the sixth century, the lullaby gives us a glimpse of life in those early centuries, with the father praised for his prowess as hunter.

How language evolved from‘hoots, whistles, warning cries, grunts’ has always fascinated me, perhaps because of my bilingual upbringing I am sensitive to other languages and speech patterns along with the language interference that happens between them.It seemed a natural step therefore for the Red Man not only to instruct language but also to reach for higher ground, namely music.

The ‘koan’ is another motif which appealed to me in that it probes and discovers truisms through the art of questioning. The libretto in keeping with the red man is a journey of discovery for all concerned. ‘We create ourselves by our choices’ (Kierkegaard) and with climate change in those early centuries in Paviland, this piece is also a timely message for us today. The timeless is indeed as urgent as ever.

This has been a wonderful partnership between librettist and composer: we seemed to be on the same wavelength from the very first note—interested too in the same fields of discovery.  Hopefully, this will be reflected in the piece. Only you as the audience, can decide whether we succeeded or not.

Notes on the Cantata by Andrew Powell can be found here.