The Red Lady of Paviland - The Partners 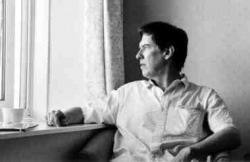 Andrew was educated at King’s College School, Wimbledon and King’s College, Cambridge, where he received a Master’s degree in Music. Whilst at school he studied piano with Malcolm Troup, percussion with James Blades and composition with Cornelius Cardew. Prior to going to Cambridge he attended composition classes with Stockhausen and Ligeti at Darmstadt: at Cambridge he was a founder member with Roger Smalley and Tim Souster of the live electronics group “Intermodulation,” which gave first performances of several works by Stockhausen, as well as performing works by all of its members. He was also a member of the progressive rock group “Henry Cow.” His first professional engagement after leaving Cambridge was as a soloist at the “Proms”: he subsequently worked with several orchestras - principally the BBC Symphony Orchestra with Pierre Boulez, and in a group with the Japanese percussion virtuoso Yamash’ta.

His catalogue of concert music includes several works written for “Intermodulation”, such as Plasmogeny, The Old Pavilion, and Terilament. His Suite for Brass Quintet with Piano was commissioned and first performed by Equale Brass with the composer at the piano in 1986 at the University of Wales, Cardiff. Falstaff for brass band, commissioned by Peter Bassano, was premièred at the Cité de la Musique in Paris in July 1998 by the Grimethorpe Colliery Band conducted by Bassano, and has since been performed all over the U.K. Plasmogeny II for trumpet, live electronics and tape, was written for John Wallace and first performed by him and the composer at the University of Richmond, Virginia in May 1999, and has been recorded by them for a "Deux-Elles" C.D. “Within Those Radiances...” was written for the Wallace Collection and first performed by them in London in December 2000.

The Welsh Brass Arts Festival commissioned Concerto Melyn Coch, and first performed it with James Watson in June 2001: Fish Throw Stones, was written for the LCO in 2002: in 2003 he wrote Pied Beauty for a cappella mixed choir, and a concerto for piano, trumpet, percussion & strings. Tair Cerdd Sanctaidd, for baritone, harp, male voice choir & brass band, was also commissioned by Craig Roberts and the Welsh Brass Arts Festival Band and premièred in June 2006 with Gareth Rhys-Davies and Catrin Finch.

Variations Towards a Theme for two trumpets & live electronics was premièred in London in September 2006 by Bella Tromba. Living Stones, for SATB, organ, and brass was first performed in St. David’s Cathedral in October 2007: Glasiad y dydd dros Ben Dinas, for cello and harp, was premiered in March 2008 at the City of London Festival by Nia Harries and Claire Jones; Preiddiau’r Cymry (words: Menna Elfyn) was first performed in Cardiff in May 2008 by Catherine Harper (soprano) Janine Saxon (flute) & Graham Jones (clarinet). Living Stones Fanfare received its first performance at St. David’s Hall, Cardiff on 4th July 2008 by RWCMD brass, cond. Kevin Price. Caban Coed (words by Menna Elfyn) was given its first performance by Robyn Lyn in June 2009 on S4C.

Andrew is currently writing a large orchestral work, commissioned by Christopher Warren-Green, and a piano piece for his former teacher Malcolm Troup. Further information on Andrew can be found at his website www.andrewpowell.com 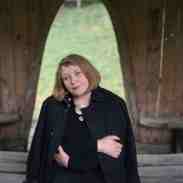 Menna Elfyn is an award-winning poet and playwright. She is the best known and most translated of all modern Welsh-language poets. 'The international range of her subjects, inventiveness and generosity of vision place her among Europe’s leading poets’. Author of over twenty books of poetry,  children’s novels and educational books, numerous stage, radio and television plays, she has also written libretti for US and UK composers. In 1999, she co-wrote ‘Garden of Light’, a choral symphony for the New York Philharmonic Orchestra which was performed at the Lincoln Centre in New York. She received a Creative Arts Award in 2008 to write a book on ‘Sleep’.

Menna is Director of the Masters Programme in Creative Writing at Trinity University and is Literary Fellow at Swansea University. In April 2010, ‘Sunflowers in your Eyes’ an anthology of Zimbabwean poetry edited by her will appear from Cinnamon Press. Recently she was awarded the International Anima Istranza Foreign Prize for Poetry in Sardinia. 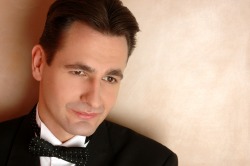 Conductor, tutor and musical arranger Craig studied at the United Kingdom's University of Salford, gaining first his BA (Hons) then MA Masters degree there, studying with Dr Roy Newsome and Prof David King. Whilst at the university, in his final year Craig was awarded the Roy Newsome conducting prize as the outstanding undergraduate conductor of the academic year 2000.

Within the UK Craig has performed in most of the country’s finest concert halls including the Wales Millennium Centre, St David’s Hall, and the Millennium Stadium, Cardiff; Symphony Hall, Birmingham; The Bridgewater Hall, Manchester; The Philharmonic Hall, Liverpool; and the Royal Festival Hall, Royal Albert Hall and Royal Academy of Music, London. Abroad Craig has toured to America, Canada, France, Germany, Holland, Libya and Russia.

Within Wales Craig has conducted the majority of the top brass bands, most notably as Musical Director for lengthy and successful periods with Northop Silver in the North, Parc & Dare in the South and now with Burry Port Town, Cwmaman Institute and Treherbert Bands. Craig has also guest conducted the famous Cory Band, and directed the band at the Golden Jubilee procession through London of Her Majesty Queen Elizabeth II. In 2004 he was named Conductor of the Year by the SEWBBA and WWBBA. For a number of years he was also Director of Music of the Woods Mfg Co Brass Band based in Stittsville, Ontario, Canada. Craig directed the band at several of the world’s largest military shows including the Royal Nova Scotia International Tattoo in Halifax, Canada; the Virginia International Tattoo in Norfolk, USA; the Netherlands Nationale Taptoe in Breda, Holland and the Polizei Show in Hamburg, Germany. Today Craig is a member of the Production Team of the Royal Nova Scotia International Tattoo and one of the principal Musical Arrangers and Directors of Music for this, the world’s largest indoor show. He also works annually with the Kremlin Zoria International Festival in Moscow, Russia and the Canadian Beating Retreat “Fortissimo” in Ottawa, Ontario. Recently Craig also travelled to Tripoli, Libya where he acted as Musical Advisor to the Libyan World Military Music Festival, a Tattoo held in Green Square, Tripoli in celebration of the 40th anniversary of the Libyan Jamahiriya.

Formerly Executive Officer of the UK National School Band Association (NSBA) and Artistic Director of the Welsh Brass Arts Festival, in addition to all of the above Craig still supplies brass tuition to numerous schools and young musicians in his home county of Rhondda Cynon Taf. Craig is also a serving member of the Executive Council of the Welsh Amateur Music Federation, Ty Cerdd. 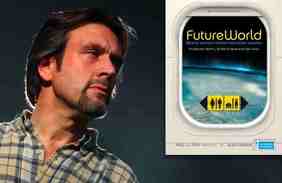 He is best known for his work in popularising the relationship between space, science and culture. In 1998 Brake received much publicity for developing an undergraduate university course, Life In the Universe, which examined the science and culture of astrobiology. The following year he launched an undergraduate degree in science and science fiction, again widely reported by the world's media, and which attempted to establish a Third Culture for science teaching in academia. Continuing this work in 2005 whilst a member of the NASA Astrobiology Institute science communication group, Brake launched the world's first undergraduate degree in Astrobiology. The program recognized not only that astrobiology’s key issues are grounded firmly within scientific disciplines, and its goals represented by a major driving force behind current space programs, but that the subject also had a long history in philosophy and literature, associated with the plurality of inhabited worlds tradition.

Between 2003 and 2008, Brake was responsible for leading high-profile public engagement initiatives in science, which attracted around £5 million of funding. The RoCCoTo project was a community-based science course for the public, and was one of the largest astrobiology outreach programs in the world. By featuring ideas about science and their cultural context, the project engaged large numbers of the public in Third Culture studies. The RoCCoTO project received a Public Engagement Award from the Astrobiology Society of Britain in 2008. Alien Worlds, an award-winning multimedia website associated with the RoCCoTO project was launched in July 2009. The website is an animated guide to phenomena such as eclipses of the Sun and Moon, and demonstrates Earth’s place in a cosmic perspective through advanced, animated visuals. Another project, with indirect funding from the DTi, delivered science communication activities to schools in the principality, in an attempt to forestall the poor uptake in science subjects as a career.

Since 2006, Brake has been director and fund-holder for Science Shops Wales. This major public initiative is based on the European Science Shop model of engagement with the public, funded by the Welsh Assembly Government through the Higher Education Funding Council for Wales. A science shop provides independent participatory research support in response to concerns experienced by civil society. By encouraging community organisations to identify and meet their own research needs, Science Shops Wales aims to be genuinely responsive to, and helpful with, the problems experienced by the citizens of Wales. Science Shop projects also aim to enable university students and staff to strengthen their links with the community while developing research with real local relevance.

Since 2008, Brake has been professorial champion for science in the Beacon for Wales. The Beacon is one of six centres for public engagement throughout the UK at the heart of a major new initiative to make universities more welcoming and accessible, and to deepen the social impact and relevance of their work. Along with the University of Glamorgan, the Beacon for Wales includes Cardiff University, National Museum Wales, BBC Wales and Techniquest. Throughout the summer of 2009, Brake has also been developing public engagement links with National Museum (Thailand).

Over the last decade or so, Brake has been engaging the public with science, both nationally and internationally, through television, radio, print and electronic media. He has acted as consultant to the Science Fiction Museum in Seattle in 2004 when they launched; and to Tiger Aspect Productions and the Discovery Channel for their series on science fiction. He was also consultant to Blast! Films for The Martians and Us, a season on the history of British science fiction for BBC Four, and to UKTV for a season of promotion on Doctor Who. Brake is currently working as science consultant for the BBC's CBBC channel on Space Hoppers, a seven part series on the Solar System to be broadcast early in 2010.

And as one of the associate editors in the UK of the NASA Astrobiology Magazine’s European Edition, Brake helped NASA commission a rap by Jon Chase on the topic of astrobiology, which attracted considerable global media attention in 2008 and 2009.

After acting as consultant to the Science Museum (London) on their The Silence of Aliens exhibition, Brake began publishing popular science books. Different Engines: How Science Drives Fiction and Fiction Drives Science was published by Macmillan Science in 2007, claiming to be the first popular science book to explore the relationship between science and science fiction. Futureworld, which looks at how science fiction has merged with reality, was published by Boxtree MacMillan and the Science Museum (London) in 2008. Further titles, including one on science communication and one on Galileo and Charles Darwin, are to be published in 2009. Brake is also working with Cambridge University Press on Alien Life Imagined: Communicating the Science and Culture of Astrobiology, to be published in 2012.