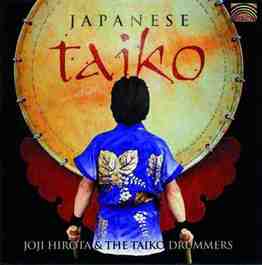 World Dances was a project that began with the NSBA in 2006. A prolific commissioner and champion of new music for band, the Association approached noted composer / arranger Stephen Roberts to compose a new work for youth wind band and groups of world percussion. The piece was premiered at an NSBA Festival held at West Bromwich Town Hall, Sandwell, and conducted by the composer.

Such was the warmth of the reception for the work that Craig separately commissioned a transcription of the piece for brass band, which was then premiered at the 2007 Welsh Brass Arts Festival, and again with the composer conducting.

The event, itself entitled World Dances, featured a series of works for brass and world percussion, and various world percussion performance groups including, most notably, percussion virtuoso Joji Hirota and his Japanese Taiko Drummers. The additional performance groups were drawn from Azaad Dhol Group of Wolverhampton, a samba group created specifically for the project from a series of workshops held in the local community as part of the project, and djembe drummers from local schools Perthcelyn and Rhigos Primary.

Following the Festival the brass transcription of World Dances was then utilised at an event at the Sage Centre in Gateshead in 2008, a collaboration between NSBA and the charity Brass Band Aid put together by Craig and composer / arranger and Director of Brass Studies at the University of Durham Ray Farr. The piece is soon to be used in conjunction with workshops at the 2012 Making Music conference being held at the Royal Welsh College of Music & Drama on 15 September 2012