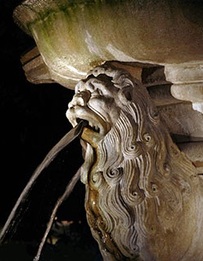 "THE FINAL ACT OF THE SECOND WORLD WAR TOOK PLACE ON CRETE..."

On 9th May 1945, the German Commander of the Fortress of Crete, arrived in Heraklion by aircraft from Chania  and was led to the Villa Ariadne at Knossos. There he signed the unconditional surrender of the German troops.

The document was to take effect as of “10 o' clock Greenwich Mean Time on the tenth day of May 1945”. This was the final act of World War II in Europe, and the dawn of lasting peace in Europe.

The Crete International Tattoo - Saturday October 3
The highlight of CIFA features the full cast of international and domestic performers in a spectacular performance commemorating the 70th anniversary of the end of the Second World War and peace in Europe.

_
Further information on the various aspects of the 2012 Crete International Festival of the Arts, including a full list of performers and events, can be found by clicking on the links below:
Aims    Featured Performers    International Artists    Events    Venues    Schedule    Partners    Supporters