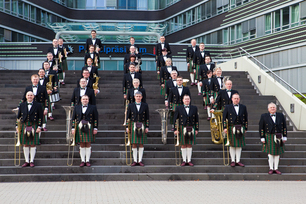 Wales' leading touring brass ensemble, Symphonic Brass Wales has been providing top quality brass performances across Wales & beyond for over a decade.

In recent years musicians from the group have toured to Canada, Germany, Greece, North Africa & Ukraine, and featured in some of the world's largest ceremonial events including the Crete International Tattoo, the Hamburg Polizei Show, the Mediterranean International Festival of Arts, the Royal Nova Scotia International Tattoo and the World Military Music Festival.

SBW have appeared in concert alongside West End musical theatre star Peter Karrie, and featured in the Imperial Ice Stars production of Cinderella On Ice, performing live at the Royal Albert Hall, London. Alongside all of this Symphonic Brass Wales also performs regularly for charity, performing annually in aid of both the Royal British Legion and Ty Cymorth children's hospice.

SBW remains committed to providing performances of the highest quality at home and abroad, and will continue their role as musical ambassadors for Wales, Welsh music and the medium of brass. 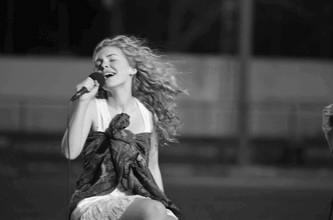 Their rise to international noteriety has been a roller coaster; after less than a month of 'jamming' together in the BRfm radio station, Just Harrie were fortunate enough to be asked to join West End musical theatre star Peter Karrie and musical director John Quirk on their UK wide tour throughout 2010. Later that same year they were then asked to perform for Sony's official Christmas function, to great acclaim. 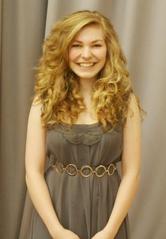 Chris and Harrie are both involved in a variety of different areas of the music industry. Running their own recording studio, Chris is also a director at BRfm, a social enterprise volunteering organization, which both Chris and Harrie are heavily involved in, and both also tutor and run workshops in amateur dramatics, vocal and performance technique, songwriting and recording.

Just Harrie visited Crete in 2011 as guests of Symphonic Brass Wales, supporting Peter Karrie in the Mediterranean International Festival of Arts and performing in the Crete International Tattoo. They are currently working on their first album, along with their own production which they aim to tour across the UK. Harriet was recently featured in the major BBC television production 'The Voice'.

Just Harrie have now resumed their touring performances, and continue their support of numerous charities including Bobath Cymru, In the Pink and more. 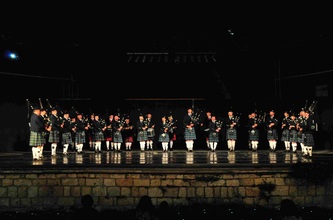 _Proud ambassadors of Canada, the Province of Ontario, Brant County and Norfolk County, the award-winning Paris Port Dover Pipe Band has garnered a reputation for excellence - locally, nationally, and internationally.

Wearing the Lamont Tartan, the band has impressed audiences at parades, concerts, festivals, ceremonies, tattoos and competitions.  PPD has performed at the Virginia International Military Tattoo (four times), Highland Games throughout Ontario, numerous stage performances in Port Dover, Paris and Brantford, the Marymass Festival in Scotland, the World Championships in Glasgow (twice), the Calgary Stampede, Mount Rushmore and twice on the Greek island of Crete. In addition, the band has also performed with Sir Paul McCartney at the Air Canada Centre in Toronto.

Since the band's formation in 2000, it has grown rapidly from its modest beginnings of only ten pipers and one drummer to close to 120 members made up of pipers and  drummers from beginners to advanced level players. Competing in the international competition at the Calgary Stampede Parade in 2004, PPD won second place over other more experienced bands in front of 35 million television viewers and 400,000 spectators.  The band also played at the Spruce Meadows Equestrian Centre by exclusive invitation and it became the first band to play at the Lake Louise Lodge by putting on an impromptu performance surrounded by the majestic Rocky Mountains.

The very first competition band became North American Champions as well as winning the Champion Supreme titles in Grade V in 2005. In 2006 the band was upgraded to Grade IV. In this grade they placed consistently in the prize list at the North American Games.

In 2008, the new Grade Five band, which was formed in 2007, traveled to the World Championships in Glasgow where they played their way into an impressive second place in Grade 4b. They also won the North American Championship and, gained the title of Ontario Champion supreme for 2008. In 2010, the Grade 5 competition band once again gained the title of Champion Supreme.

The mandate of the Paris/Port Dover Pipe Band is: to act as ambassadors of Canada, the Province of Ontario, Brant County and Norfolk County while achieving excellence in the performance of Scottish music; to provide young people of any skill level with instruction in Scottish music and give them opportunities to play with the band; and to assist local service clubs and non-profit groups with their various ceremonies, memorials, parades, and events through band performances. 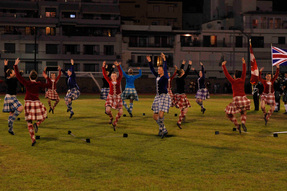 The Ailsa Craig Highland Dancers was established in 2007 and have performed at a variety of international events in recent years.

In 2007 the group had the honour of representing Scotland at the Virginia International Tattoo held in Norfolk, USA performing with the Scottish Dance Theatre of Virginia and the Massed Pipes and Drums of the Canadian Forces. Ailsa Craig returned to the event in 2010, on this occasion joined by the Schiehallion Dancers of Hamilton, Ontario.

In July 2010 seven dancers joined the Rhythm of Africa dancers, based in South Africa, at the Basel Tattoo in Switzerland performing with the Swiss Army Concert Band and piper Stuart Samson. The group also performed at the first Crete International Tattoo in September that year, working with Paris Port Dover Pipe Band, Symphonic Brass Wales and the Heraklion Philharmonic Orchestra. At the event the dancers learned some traditional Greek dancing to perform alongside Cretan dancers in the show finale.

In April 2011 choreographer Aileen Robertson was appointed Dance Director for the first ever Las Vegas International Tattoo,  choreographing the Ailsa Craig Broadswords for an international team of dancers from Scotland, Canada & the United States. The dance was accompanied by the Pipes & Drums 1st Battalion Scots Guards led by Pipe Major Brian Heriot. The Tattoo was held in the 10,000 seat Thomas & Mack Arena in conjunction with a two day Highland Games.

The Ailsa Craig Highland Dancers returned to the Virginia International Tattoo in April 2011 and again to Crete in September 2011, performing in the Mediterranean International Festival of Arts. In November the group travelled to Berlin to perform in the Berlin Tattoo, at the prestigious O2 Arena, which also featured The Band of Her Majesty's Royal Marines and _Top Secret Drum Corps.

In 2012 the group look forward to returning to perform at the Virginia Arts Festival and Virginia International Tattoo in the USA, to Switzerland and to Crete.

Further information on all aspects of the Crete International Festival of Arts, including proposed events, can be accessed by clicking on the links below:
_
Aims    International Artists    Events    Venues    Schedule    Partners    Supporters