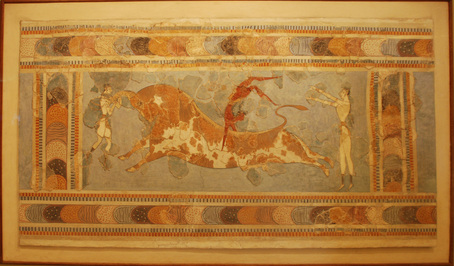 _The story of the Crete International Festival of Arts began in September 2010 when the first festival of arts came to the Cretan capital of Heraklion and the Crete International Tattoo was inaugurated. The event featured artists from Crete, Canada, Wales and Scotland, and saw a week of performances take place throughout the centre of Heraklion, culminating in large scale events at Nikos Kazantzakis Theatre, St Minas Cathedral and Eleftheria Square.

The following year, in 2011, the Mediterranean International Festival of Arts was then hosted across the island of Crete, featuring 10 days of high level performances in Heraklion, Rethymno, Agios Nikolaos, Ierapetra and Hersonissos, given by leading artists from four continents of the globe.

Following directly on from the success of those events, it is now proposed that the island formally launches the annual Crete International Festival of Arts. Aimed at promoting the rich historical and cultural heritage of Crete and Greece, alongside the culture of other nations, it is aspired that CIFA would be produced each year by Crete, for Crete, at the culmination of each summer season.

CIFA would each year feature an array of international artists all performing on an exclusively charitable basis.

Further information on all the various aspects of the proposed festival can be found by clicking on the links below:
Aims    International Artists    Events    Venues    Schedule    Partners    Supporters