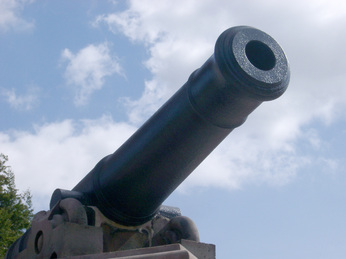 2012 marked the 200th anniversary of the wars of 1812. Throughout 2012 Craig was involved in a series of performances and projects marking the bicentennial.

Chief among the performances were those at the Royal Nova Scotia International Tattoo, Canada, where the show commemorated 200 years of peace that has existed since between Canada and the USA since the wars.

Additional special performances of the 1812 overture also took place at both Abergavenny Castle, Monmouthshire and in Nurtingen, Germany. On Friday May 25, Welsh League Champions Abergavenny Borough Band played host to the Jugendsinfonieorchester and Oberschwaben Symphonic Brass of Ravensburg, Germany. All three ensembles combined to perform together Dr Robert Childs' arrangement of the 1812 overture in the castle's "Flaming Brass!" event, which also marked the arrival of the London 2012 Olympic Torch into Wales.

July 21 then saw the 16th annual Nurtingen Tattoo take place in Baden-Württemberg, Germany, and again featured a massed performance of the 1812 overture together with firework display. Further details of the German performance can be found at the website of the Stadtkapelle Nurtingen at www.stadtkapelle-nuertingen.de

The performance from the Royal Nova Scotia International Tattoo at the Scotiabank Centre, Halifax, Nova Scotia, Canada can be found below. The performance, conducted by RNSIT Principal Director of Music Captain Bill Eberts, features the Massed Bands of the Canadian Forces, Band of America's Few, Heeresmusikkorps 1 of Hannover Germany, The Swiss Central Army Band, RNSIT Massed Chorus, plus the Drill Team of The Queen's Colour Squadron, Royal Air Force, live cannon & rifle fire, muskets of The Citadel, Halifax and pyrotechnics