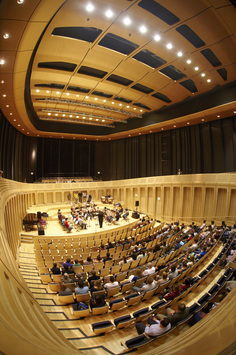 The 2012 Making Music conference, the annual national conference for UK voluntary music, was hosted in Wales, at the Royal Welsh College of Music & Drama in Cardiff across the weekend of September 15 & 16.