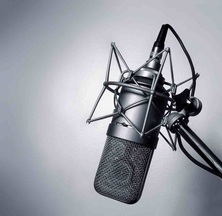 Craig works frequently as a compere / host, presenter and voiceover artist. He has presented numerous high profile festivals and events, throughout the UK and overseas. These engagements have included concert performances featuring leading artists such as Shan Cothi, Rebecca Evans, Lesley Garrett and John Owen-Jones; and have taken place in such leading venues as St David's Hall and the Wales Millennium Centre, Cardiff; the Royal Academy of Music, London and many more.

Craig has also featured in numerous radio broadcasts including those for BBC, ABC, CBC, and many more. He has been a featured voiceover artist of Canada's Royal Nova Scotia International Tattoo on numerous occasions. These roles have been varied, from "Zulu" voicovers for the appearance of the Regimental Band of the Royal Welsh; 19th century Lieutenant-Governor of Nova Scotia John Coape Sherbrook; the Archbishop of Canterbury (for a 2015 WWII Reconciliation tribute); a White Star representative in the 2013 Titanic centenary tribute; General Sir Julian Byng, Viscount Byng of Vimy; and even James Bond and 'M' in a Bond themed scene for the National Ceremonial Troop of the Royal Canadian Mounted Police.

In addition to his work in Nova Scotia, Craig was also, for four years (between 2007 and 2010), the voice of Ottawa's annual Beating Retreat ceremony "Fortissimo", a large scale event held annually in the Canadian capital every August, taking place on the magnificent lawns of Parliament Hill, Ottawa. The event is attended each year by crowds of tens of thousands.

In August 2015, Craig was Narrator for the renowned Grimethorpe Colliery Band's tour of Australia, where his voiceover work included the famous Winston Churchill "Battle of Britain" speech; excerpts from Laurence Binyon's "For the Fallen" and a spoken introduction to Tchaikovsky's epic 1812 overture. The tour performed in 10 venues across Australia including the prestigious QPAC Brisbane, Melbourne's Hamer Hall, Perth Concert Hall, and was also featured in a broadcast for ABC national radio. This role was reprised in November 2015 for a performance by Grimethorpe at London's Regent Hall.

Below can be found some examples of recent voiceover and emcee work that Craig has undertaken, within the UK, Canada and Australia. If you would like to contact Craig in relation to any presenting or voiceover work, please do so via the link here

Tribute to the 130th anniversary of the Battle of Isandlwana (Battle of Rourke's Drift)
The Band & Regimental Corps of Drums of the Royal Welsh
Narration: 4:09 and 4:52