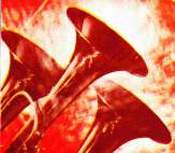 Performing a wide variety of music in various different combinations and ensembles, Symphonic Brass Wales has been providing top quality brass performances across Wales & beyond for over a decade.

In 2010 the ensemble toured to Hamburg, Germany and Crete, Greece, returning to Greece in 2011 to perform in the 2011 Mediterranean International Festival of Arts. In 2012 the group then performed on home turf at the Wales Millennium Stadium and Royal Welsh College of Music & Drama, Cardiff. In 2013 SBW ensembles then toured to Baden-Wurttemberg, Germany and Kharkiv, Ukraine, returning to Baden-Wurttemberg again in 2014.

In 2015, Symphonic Brass Wales performed at the Millennium Stadium, Cardiff for 52 000 people and international television audience for the Wales v Italy Rugby World Cup warm up. In February 2016, Symphonic Brass Wales will appear together will massed male chorus, performing under the baton of pre-eminent Welsh conductor Owain Arwel Hughes CBE in a Brass & Voices event for St David's Day at the prestigious Brangwyn Hall, Swansea. In May 2017, SBW toured to Moscow, Russia where the ensemble became one of the first international groups to perform and participate in the famous Victory Day Immortal Regiment Parade.

SBW will continue to promote brass music and the music of Wales both home and abroad. Further information on the activities of Symphonic Brass Wales can be found at their own site www.symphonicbrasswales.com where visitors will find further information on the organisation, its recent projects and performances, plus details of the various groups and packages Symphonic Brass Wales can offer, along with snapshots of their rich and varied repertoire, educational opportunities, contact details for the organisation and more.