​​News on forthcoming projects and events in which Craig is currently involved can be found below. Please scroll down for the latest news items.​ Additional news can also be found at the following websites: 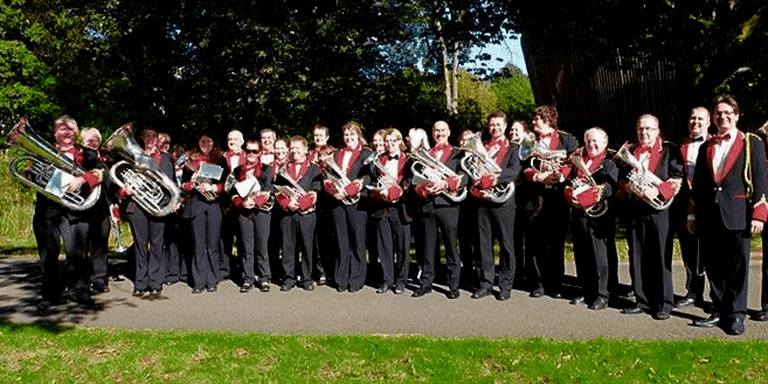 ​Lewis-Merthyr Band ended the 2016 contesting season with repeat success, again being named Runner Up Welsh League First Section Champions. Thanks and congratulations go to all members for their sterling commitment and high level of performance throughout the 2016 season. Further information on the band and its activities throughout 2016, and for the year ahead, can be found at www.lewismerthyrband.com 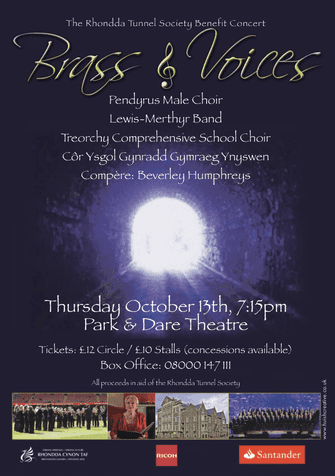 Featuring a host of traditional favourites, songs from the shows and more, the evening proved a tremendous success, raising over £6000 for the Rhondda Tunnel Society Fund, Registered Charity No. 1162646.

It is now hoped to repeat the event on an annual basis. Further information on the event, and advance notification on the 2017 performance, will be posted at www.lewismerthyrband.com 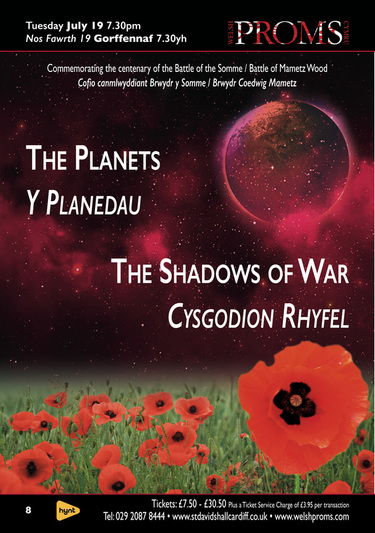 On Tuesday August 2nd, Welsh Proms event "The Planets / The Shadows of War" was broadcast on Classic FM​, as part of the partnership between Wales national classical music festival and the UK's leading independent radio station.

The programme, which also closed with a broadcast of Arwel Hughes' Fantasia In A Minor performed by Camerata Wales Cymru, will remain available online until August 9th at www.classicfm.com

Holst: The Planets, Opus 32
Mealor: The Shadows of War (premiere broadcast)
Vaughan Williams: Old Hundredth
Mealor: Wherever You Are
Karl Jenkins: For The Fallen

The third North American Brass Band Summer School took place in Halifax, Canada in conjunction with the 2016 Royal Nova Scotia International Tattoo. Running from June 27th to July 8th, the school saw sixty delegates from the USA & Canada, Finland and UK perform to over 60 000 people as part of the cast of the world's largest annual indoor show, together with stellar international performers from Canada, Germany, Kenya, Switzerland, the United Kingdom and United States of America.

Further information on the course, including images and delegate testimonials, plus registration information for NABBSS 2017 can be found at the NABBSS website www.nabbss.com 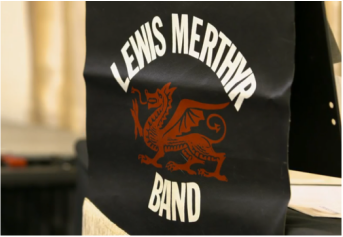 The band were highly praised for their rendition of James Curnow's "Brass Metamorphosis" which was summed up as "such a polished, detailed and musical performance" with particular praise for the band's soloists and approach to the work throughout. The full adjudication of the can be found in the Contest Adjudications section of the Lewis-Merthyr website here

Lewis-Merthyr now look forward to participating in the National Eisteddfod of Wales in July and the West Wales Association Championships in October, as well as a busy summer of concerts featuring performances in the Principality Stadium, Vale of Glamorgan and locally in Rhondda Cynon Taf. For further information on all the band's forthcoming engagements, visit the Engagements section of the Lewis-Merthyr website here 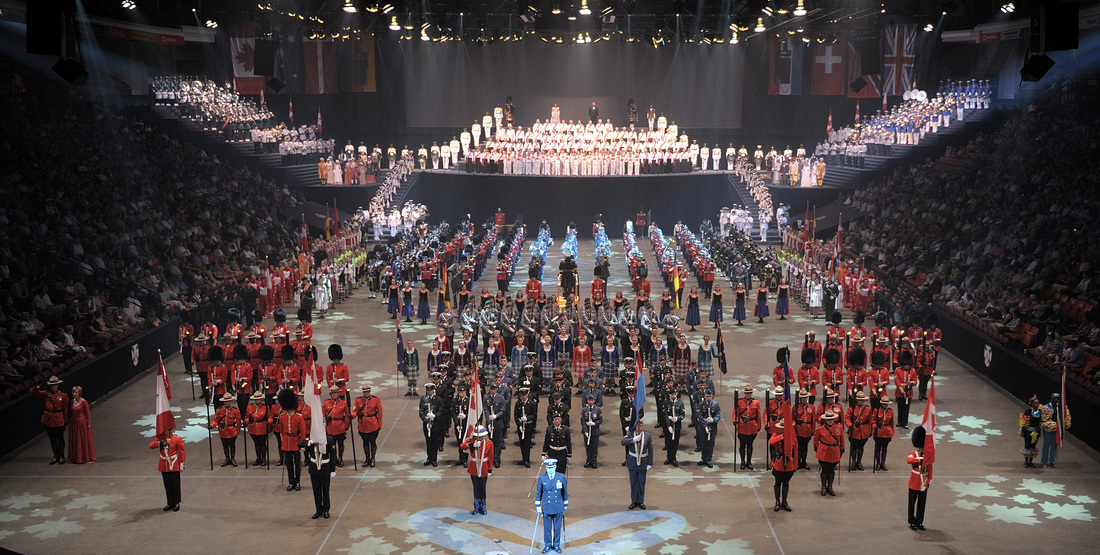 The performance was incredibly well received and it is aspired that the event will be repeated in future years.
​ 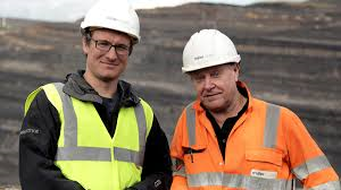 On Friday February 12th, Lewis-Merthyr Band was featured on national television in BBC One Wales' The River Taff. Through the three part series, writer and fisherman Will Millard travels the length of the wild River Taff in south Wales, from its source high in the stunning Brecon Beacons to the Bristol Channel.

In the episode featuring the band, Will explores how the coal industry changed this beautiful landscape and its people forever. The river once ran black with coal dust, but is now one of the finest trout and salmon rivers in Wales. Will meets the members of the Lewis Merthyr Colliery Brass Band and fishes for grayling with a former miner who is now a champion fly-fisherman. He visits one of Britain's biggest open-cast coal mines and sees how this spectacular landscape is being reclaimed after centuries of mining. 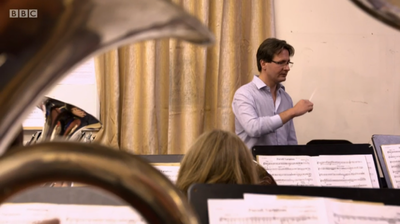 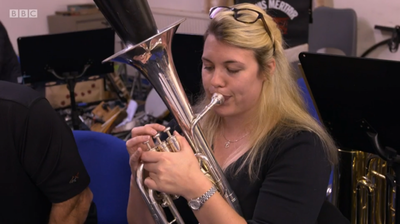 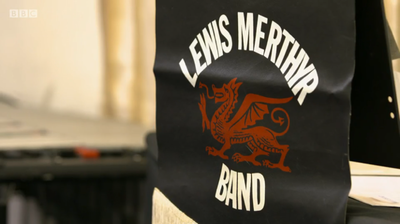 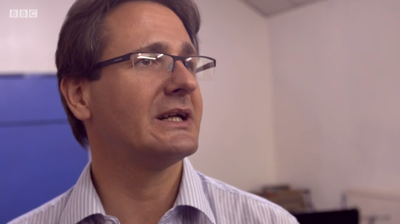 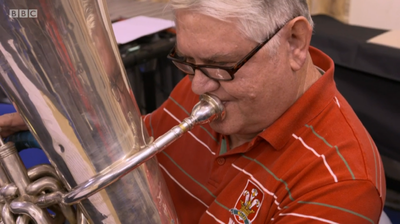 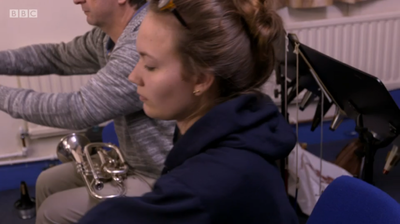 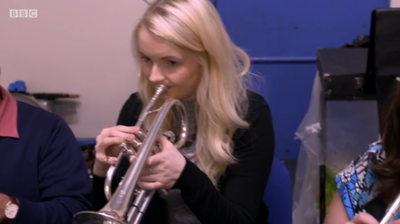 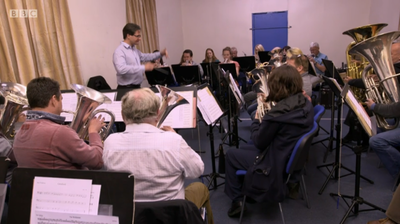 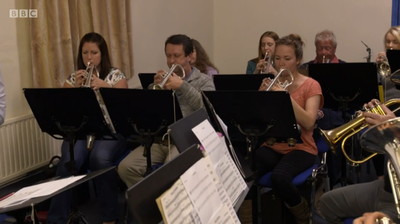 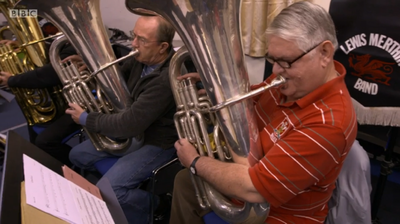 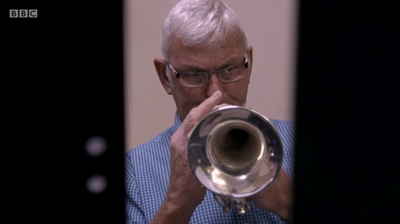 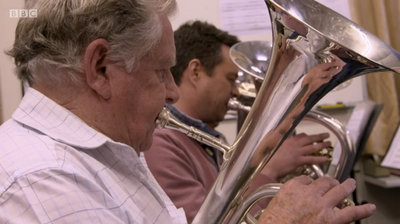 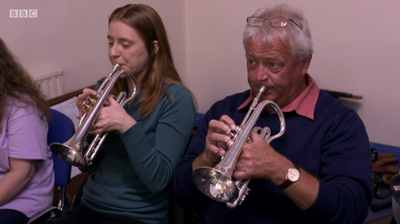 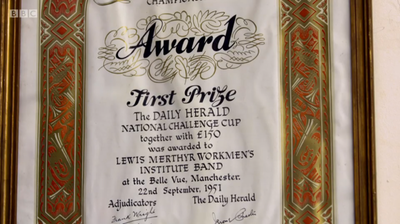 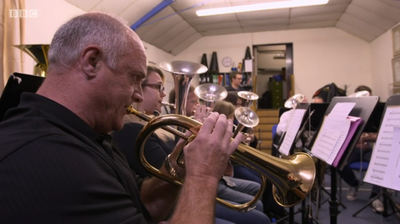 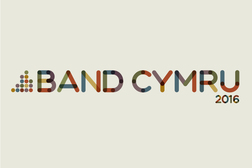 Recently the band recorded a 15 minute set for S4C / Rondo Media's "Band Cymru" competition. Lewis-Merthyr's programme reflected the band's versatile concert output and featured an eclectic range of music which included Paul Lovatt-Cooper's "Home of Legends", Peter Graham's "Whirlwind", Karl Jenkins' arrangement of "Abide With Me" and Dan Price' "Peacemakers". The recording of Home of Legends can be found below: 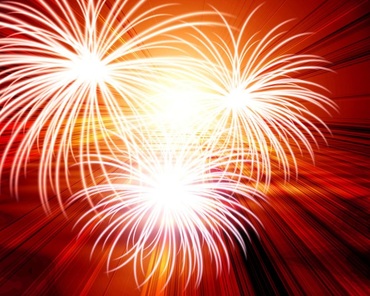 Blwyddyn Newydd Dda - a very Happy New Year to all. 2015 was another busy year for Craig, which included many highlights, including some fantastic orchestral events at Bangor Cathedral & Llandaff Cathedral with Camerata Wales l Cymru, the incredible 30th anniversary season of the Welsh Proms Cymru; plus the Royal Nova Scotia International Tattoo and North American Brass Band Summer School at the Scotiabank Centre, Halifax, Canada; the Hamburg Polizei Show at the Hamburg Sporthalle, Germany; and an event at the 72 000 seat Millennium Stadium, Cardiff for the 2015 Rugby World Cup.

Appearances overseas, in addition to annual engagements in Canada & Germany, included featuring as a guest clinician and adjudicator at the Mid-Atlantic Festival at Rowan University, New Jersey, USA in February; and a landmark 12 date tour of Australia with the world famous Grimethorpe Colliery Band in August. 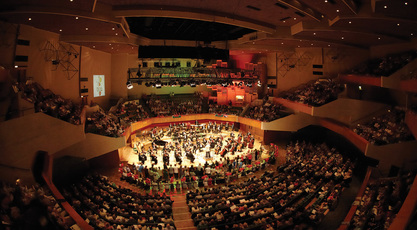 The summer also saw the incredibly successful 30th anniversary season of Wales' national classical music festival, the Welsh Proms Cymru. Craig is delighted to be working with both Camerata Wales and the Welsh Proms. 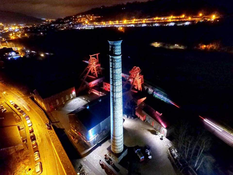 The close of 2015 also saw Craig take up the post of Musical Director with the Lewis-Merthyr Band, becoming conductor of the first competing band he ever performed with. The band's first engagement with Craig was at the Millennium Stadium, Cardiff performing for 52 981 people and national television & radio audience of millions, at Wales' final warm up match for the Rugby World Cup. The partnership also proved successful in competition, with Lewis-Merthyr closing the year as Runner-Up First Section WWBBA and Welsh League Champions.
​Craig now looks forward to another successful year in 2016, opening with the launch of a new venture in Veterans Concert Band Wales, plus additional projects with Camerata Wales l Cymru, Lewis-Merthyr Band, Night Owl Theatre, and preparations for the 2016 Welsh Proms Cymru, North American Brass Band Summer School (NABBSS) and Royal Nova Scotia International Tattoo

The Cory Academy, youth outreach arm of the world’s number one ranked brass band, the Cory Band, was launched on March 21st at Ty Cory.

Cory recognise the issues facing all brass bands in the twenty-first century – the need to be relevant and forward thinking, to engage with new and wider audiences, and to recruit into the brass band movement additional new players, both young and old alike. Cory aim to tackle these issues both locally, in their home county of Rhondda Cynon Taf, and wider, through the Cory Academy, encouraging greater engagement with youth, increased participation in brass band music making, and greater collaboration between brass players and bands across the whole of Wales.

Developed in consultation with Making Music Wales, and supported by a grant from the Arts Council of Wales, the Cory Academy is now operating in connection with 10 bands throughout Rhondda Cynon Taf.

Full information on the scheme and how to become involved can now be found at www.coryacademy.co.uk

Brassed Off stars and "kings of entertainment" Grimethorpe Colliery Band will be appearing in concert on Saturday January 24th at St David's Hall, Cardiff. The world's most famous brass band will be appearing under the baton of their principal conductor and musical director Dr Robert Childs in their sole South Wales date for 2016

Tickets for the performance are £20 and available via St David's Hall Box Office on 029 2087 8444 or via www.stdavidshallcardiff.co.uk

For further information on Grimethorpe Colliery Band, visit the band's website at www.grimethorpeband.com

​Previous news items can be found in the News Archive section of this site.